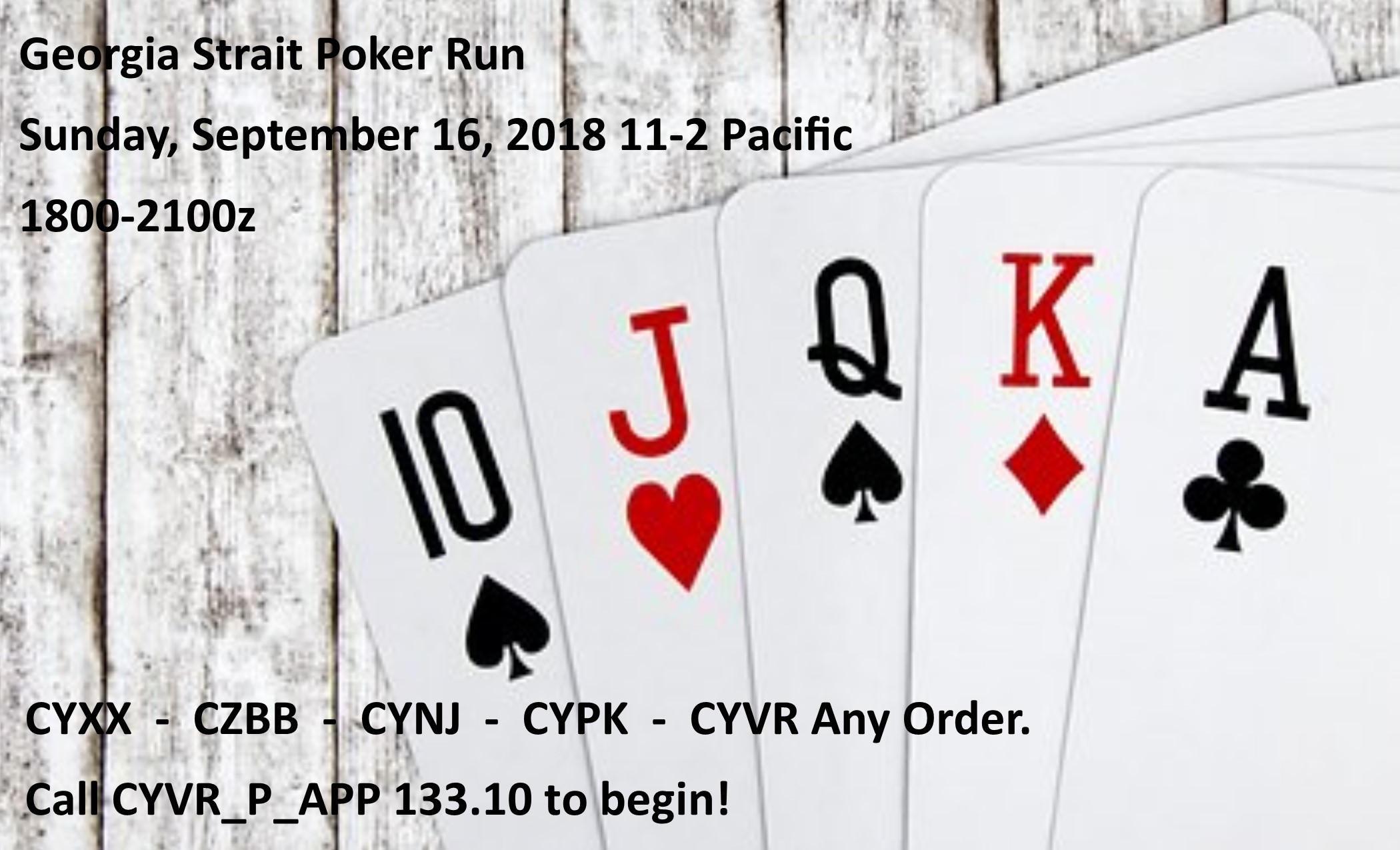 Connect online at any of the five airports:

Switch to regular ATC and fly to your next airport.

After you're parked and finished with regular ATC, switch back to 133.10 for you next card.

Repeat until you've collected one card at each of the five airports.

No more cards will be handed out after 2100z.

Fly the legs in any order you wish.

Watch CYVR_P_APP's scope and the cards being drawn LIVE at https://twitch.tv/czvr

Best poker hand gets bragging rights! At the June event, we went through more than one deck. 914194 landed at CZBB at 1758Z with the second King of diamonds drawn during the event. He had three Kings. Second place was a pair of 6s, so 914194 would have won even if late to land.
Brad Crockett
CZVR Chief
Top

In the face of marginal VFR, pilots braved the elements and the odds and came out to fly. A couple were quite new to Vatsim, including our winner, 1434551 with two pair: